Thank You for Your Interest in Suntrek Solar!

Suntrek Industries Stays in the Family

Suntrek Industries Stays in the Family! 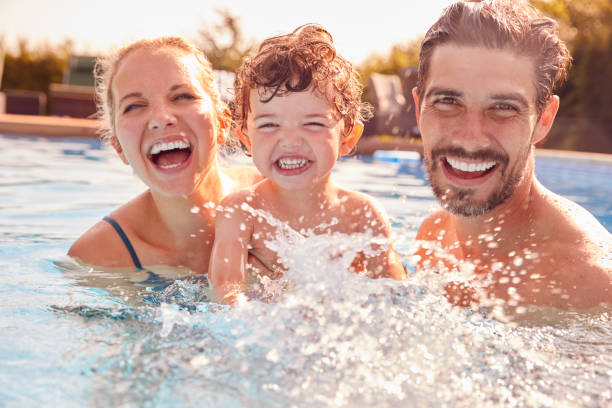 Ethan Heine has purchased 100% of the company stock of Suntrek Industries, Inc. With offices in Southern and Northern California and Las Vegas Nevada, Suntrek has its sights on the next 30 years. Suntrek specializes in solar energy systems for the home, pool, business, and government projects.

Heritage, History and a Family Legacy in the Solar Industry

In the 1930’s many men and women fled Nazi occupied countries to Ellis Island. The Heine family was one of many Jewish families that were seeking refuge. The family members that escaped laid the foundation for the future generations to come. Arriving in the United States with almost no belongings and a small amount of cash that had been stitched into their garments, the Heine Family started over. The 1st generation of Heine’s to come to the United States were entrepreneurs. Their hard-work, determination and perseverance set the standard for all generations to follow.

Among the next generation of Heine Family members was Roy. Roy grew up in the small town of Nanuet, New York and eventually graduated from James Madison University in Virginia. Upon Graduation, his father promised him a one-way ticket anywhere in the world he wanted to other than “home”. Roy knew he had an Uncle Ernie across the country living in Napa, CA that would put a roof over his head, so he flew to CA.

Roy was a young man, hungry to make a good living for himself and Ernie was a seasoned electrical engineer. Together, they were the beginning of a new Venture in the Solar Energy Business for the Heine Family.

In 1991, Roy Heine founded Suntrek Industries, Inc – A manufacturer and licensed contractor of solar energy systems. With a 3-year-old baby girl and a son on the way, Roy and his wife, Holly, downsized their home and “ate peanut butter and Jelly” while Roy launched the business. Roy’s daughter, Logan, would become the face of the business. Her face was the trademark of the Suntrek Brand. She was the cute little girl on the cover of the brochure for the next 3 decades. Months after Suntrek was founded, Holly gave birth to their son, Ethan.

Neither Logan nor Ethan was raised to take part in the business. It was never discussed. Ethan attended the University of Colorado at Boulder and studied Business and Kinesiology. When Ethan was home from college, he worked in the field as an installer/helper to make a couple’s bucks. Upon graduating in 2013 and entering the workforce, Ethan began his career in the health and wellness space. After 1 year of dissatisfaction in his professional career, Ethan decided to come to Suntrek. He spent a few months in the field learning the trade and business from the ground up. Before long, he stepped into an outside sales role and became the top producer in the company.

After a few years with the company, Ethan and Roy began discussions about the next chapter for Suntrek and their family. As of July 1st, and after 7 years of learning the industry and business, Ethan Heine is the new visionary for the next 3 decades at Suntrek Industries, Inc. As the President/CEO of Suntrek, he has the honor and privilege to carry on the Heine Family Legacy in business. A foundation which began by his hard-working Jewish family members that came in the generations before him.

After over 30 years of business, Roy has brought Suntrek Industries to the forefront of the solar energy industry. As a manufacturer, the Suntrek Solar Pool Heating System has been installed all over the world. As a contractor, Suntrek has amassed over 30,000 customers across Western United States. Some of their marquee clients include Yosemite National Park, LDS Church (Salt Lake City, UT), San Diego Unified School District, Pomona College and Long Beach Airport.

When asked about his accomplishments, Roy will tell you, “the most rewarding part of what we’ve been able to accomplish at Suntrek is the amazing people we have been able to employ. My first employee, Luis Manzo , is still with us. As is Aaron Hill (25) years), Scotty Ford (23 years), Neri Escobar (15 years), Jose Cesena (15 years), Joe Campbell (14 years), Tabby Givens (15 years), Amanda Lehrer (10 years) among many others.

Ethan’s plan for the business is growth. “We have generated tremendous momentum over the past 2 years and are looking to build off that. Our team is the best in the business, and I am fortunate to be able to lead a group of outstanding individuals. Being in the solar energy business has been SO fulfilling. We provide home and business owners with the ability to live the life they want without having to worry about the overhead cost that normally comes with it. Whether it’s jumping into your warm, solar heated swimming pool. Or stepping into a nice, air-conditioned home with your electric vehicle charging in the garage. Using the sun’s free energy just makes sense!”

Suntrek is your local and family-owned solar energy contractor. 30 years are in the books and the next 30 years are looking promising; thanks to the hard work and sacrifice of those that have come before and by embracing the simple moral of “doing what you say you will do”.