Thank You for Your Interest in Suntrek Solar! 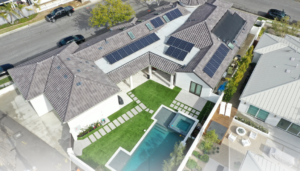 Suntrek has been designing, installing, and servicing solar energy systems for over 30 years. Whether you install a “best in class” solar product or something that is “best value”, everyone deserves a reliable partner they can turn to for support. Beyond deciding which product is best for you, what really matters is the support you will get from your installer. Not just the day you sign up or the day of installation, but over the life of your solar system.

For the past 26 years, utility companies have been battling with the solar industry. When a utility customer installs a solar energy system, the utility company misses out on potential profits. Additionally, excess solar power that is generated by a “grid tied” solar energy system puts extra stress on the utility infrastructure by sending power to them to manage and distribute during the hours of day when solar production is high, but energy consumption by their customers is low.

From 1996-2016, solar customers opted into a Net Energy Metering (NEM) agreement with their respective utility. This agreement outlined how solar customers would be treated by their utility provider. Most customers were on “tiered” billing tariffs and excess solar power was credited at the same retail rate they were charged. Those that were early adopters are safe from future NEM changes for 20 years from the date of interconnection.

In, 2017, the California Public Utility Commission (CPUC) approved NEM 2.0. NEM 2.0 incoporated mandatory “Time-of-Use” (TOU) rates, minimum monthly charges, non-bypassable charges (NBC’s), and a one-time interconnection fee. All customers that installed solar under NEM 2.0 will also be grandfathered into their NEM agreement for 20 years from date of interconnection. The introduction of mandatory TOU rates under NEM 2.0 prompted the Solar industry to bring different energy storage/battery systems to market to enhance the value of solar energy systems and mitigate peak usage times with stored solar power. While there has been moderate adoption of energy storage when paired with solar, the upcoming changes under NEM 3.0 will further encourage the use of energy storage systems. Largely due to a decrease in the value of exported solar power.

All interconnection agreements submitted after April 13th 2023 will now be subject to NEM 3.0.

New Rate Plans: Specific Time of use Rate plans which make power very expensive during peak rate times and reduce cost of energy during hours of the day when solar production is most abundant.

Reduced Solar Credits: Average credits on excess solar production will average $0.05-0.06. With average retail rates closer to $0.30, this is ~ 25% of the value of NEM 2.0 solar credits. The true value of the excess power is a complicated calculation that is based on the “actual value” of the solar power to the utility at that time of day. Each hour of the day will have a different credit amount. See figure below. 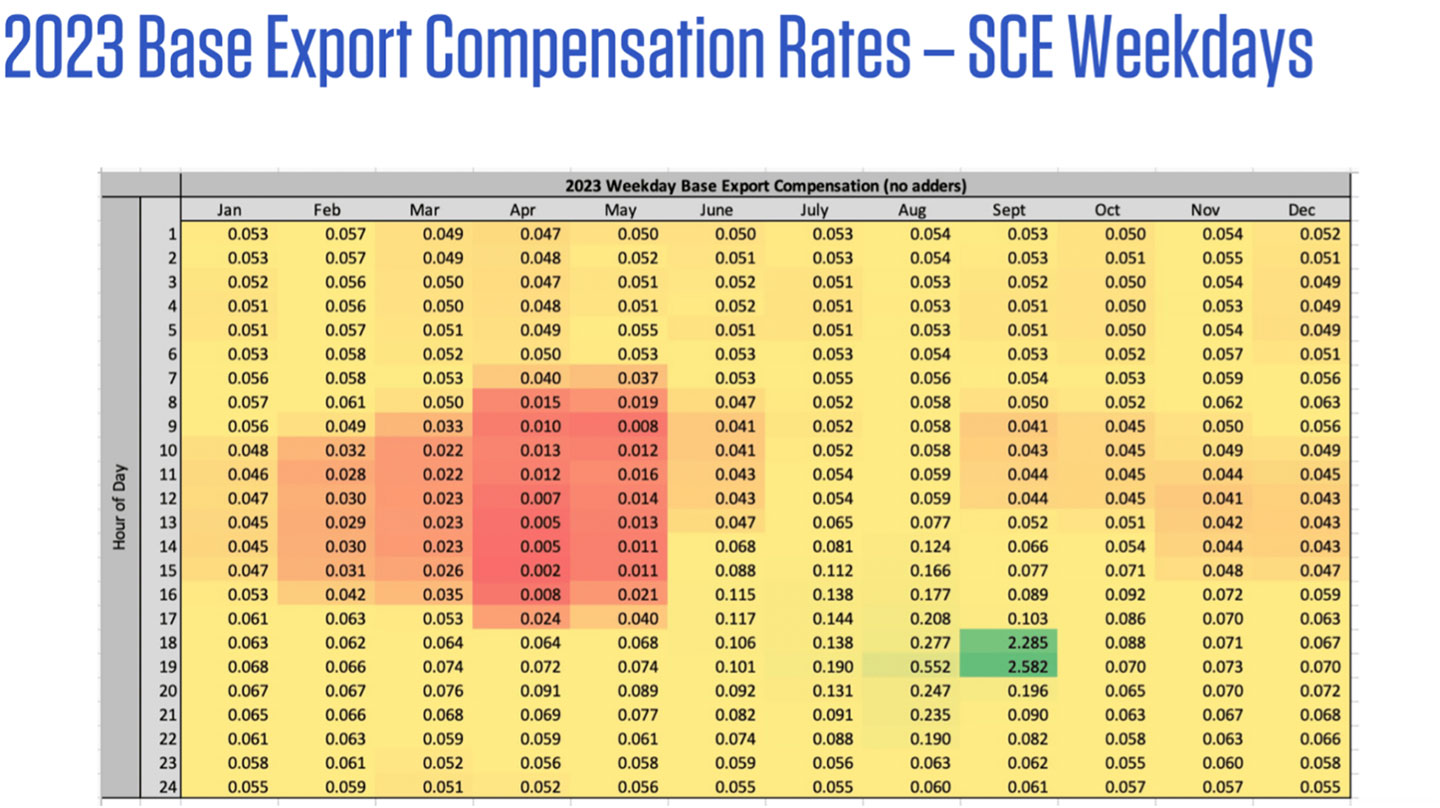 System Oversizing: Under NEM 3.0, systems can be sized up to 150% of the past 12 months energy consumption. The customer will be asked to confirm that they will increase their usage up to that amount in the next 12 months due to increase electricity load (EV, AC usage, swimming pool, etc).

Billing Term: Customers will be required to pay monthly bills, instead of the “annualized billing” that most NEM 1.0 and NEM 2.0 customers have been familiar with. Customers will also be given a 1-time “True-up date” adjustment. For example, if most of you excess solar production occurs January-June, you would want those months to be accrued first. That way, July-December would use up your earned “solar credits”.

Conclusion: If there ever was a time to move forward with a solar project, it would be now…Filing an interconnection application before April 13th will ensure you lock in energy savings for the next 20 years. Once NEM 3.0 is in effect, the only way to reduce your electricity bill by 75% or more will be by implementing battery/energy storage systems. While the implementation and advancement of this technology is exciting, it is expensive. The additional cost of battery systems will prolong the payback period and financial feasibility of these projects for many.

In order to file an interconnection application, Suntrek will need a signed contract, copy of a utility bill, and a set of plans drafted for your project. Once the application is submitted, you technically have 3 years to build the project.

If you have a solar system that is 15+ years old, you may want to consider upgrading the system. Your “grandfathering” will be up soon, and NEM 3.0 rules will apply to you at the 20-year mark. If you upgrade the system now, you will be “grandfathered” for another 20 years.

If you, your family or friends have any plans on going solar in the near future, contact Suntrek so that you can secure attractive energy savings before the utility companies make these unfavorable changes. 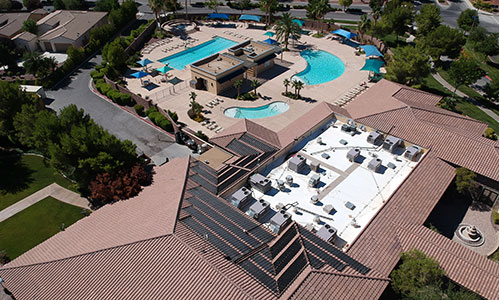 What Pool Contractors Don’t Want You to Know

How much time and $$$ does it really take to heat a pool?  While the time it takes may have stayed relatively consistent, that cost to do so has nearly DOUBLED.

Here is the math… 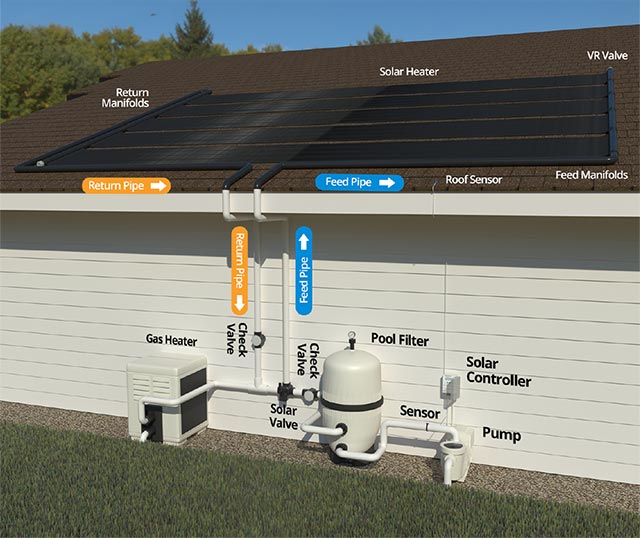 According to the US Bureau of Labor Statisicts, the cost of 1 therm of gas was ~$1.00 2 years ago. The national average is up 50% and it has more than doubled in other areas of the country. That means an average size pool will cost $50/day on average to reach warm swimming temperatures (Costing much more in winter time and less during summer)

What does this mean for pool owners?

What does it mean for those that are in the business of SELLING POOLS? The ones who are looking to best serve their clients will incorporate solar into their product offerings. If a pool owner were to keep their pool warm from April-October, they could see an annual gas expense of $3,600 for the year. A solar pool heating system will deliver the same heating performance during these 7 months with NO operating cost. With the average price of a solar pool heating running $5-10k, this yields a payback of 2-3 years. Considering most people build a pool with the intent of enjoying it many years to come, Solar pool heating is a no brainer.

If you build swimming pools, the cost of gas is may hurt your business if you don’t have cost effective heating solutions. What’s the answer? A solar pool heating system. After all, NOBODY enjoys a cold pool. 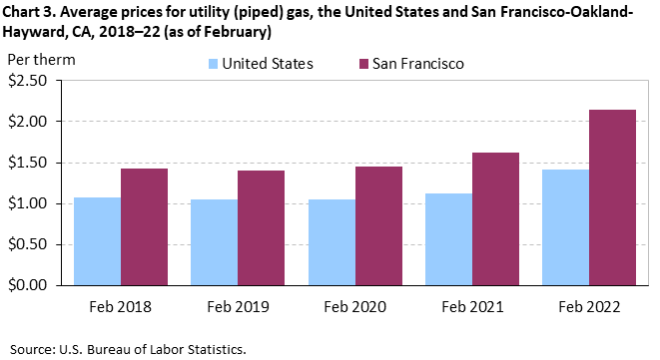 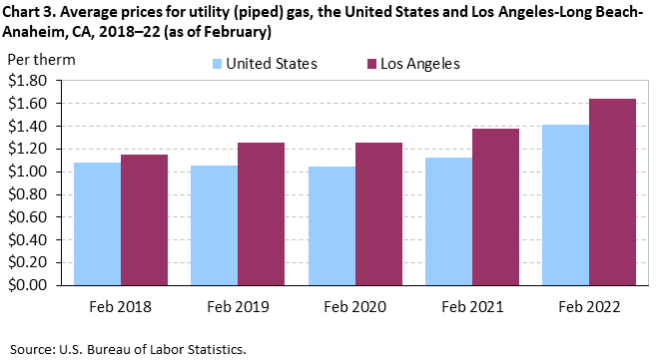